What is causing all of these symptoms?

*I’m now in year four of Chronic Lyme disease treatment. I wanted to share my journey in trying to get and find a correct diagnosis (not my treatment pilgrimage mind you). Please know that my experience has actually been much easier than many other Lyme patients. Some visit 20, 30, 40+ doctors trying to find a root cause for their symptoms.

I searched for answers for my illnesses from 2009 – 2013. I had many doctor visits with many different types of doctors, some simultaneously. However, I am trying to do a separate post for each doctor. If only all 7- 8 doctors would have paid attention to one another and to me, maybe I could have started on my healing journey faster, but that’s probably not realistic at all, especially in the Western Medicine sphere.*

The earliest I can remember having symptoms that then continued on for years was in the fall of 2009. I was starting to have other than normal tiredness and that fall, I got the “flu” and I was sick for several days. I remember sitting out on the deck in the sun hoping I would feel better soon. I’m not sure why I remember that moment but I do. I think I realized in the back of my mind that something just wasn’t quite “right.” I was wishing I could stay out of work just one more day to rest.

The flu like symptoms continued off and on as did the tiredness. When I went to my family doctor, a family practitioner, she of course blew it all of to the daily grind. To working a lot. I didn’t have the flu anymore and nothing else was wrong (supposedly). She told me that my thyroid was borderline but did not send me to an endocrinologist. “We’ll just keep an eye on it,” she said. I got better so I didn’t worry.

But a few months later, I was back to the tired. I went ahead and decided to go to an endo doctor. After blood work, I was diagnosed with Hashimoto’s disease. My thyroid wasn’t working properly. My GP said “great” and we moved on. I felt a little better once my thryoid meds were adjusted. I also thought “great” and moved on. On the summer of 2010 I had a weird rash on my legs. My GP told me to get someone else to do the lawnwork. I think she gave me some cream and it cleared up. No biggie.

But then in the fall of 2010, the tired was back. I felt sluggish. At this point, I was diagnosed with reactivated Mono. I tried to ask questions like “why” and “how” since the blood work showed I had in fact had Mono before (I had NO idea that I had Mono when I was 25 (in 1995) because it was in combination with a horrible strep infection so the Mono was missed and never diagnosed!). My GP said to stay hydrated and rest. I took a few days off of work which didn’t help, and then I got back to it. It took a few months to feel better but I did eventually.

After that, the cycles continued. Between 2010 and March 2013 (when I was finally diagnosed with Lyme disease – CDC+), I had “reactivated Mono” about 6 times. My GP was pretty nonchalant about it. But I wasn’t. My research revealed that usually a person has Mono once in his lifetime and then builds a resistance to it. It supposedly doesn’t reactivate!  Everything I read said that reactivation of Mono (Epstein Barr virus) “rarely” and “hardly ever” happens. And with every cycle the symptoms seemed to last longer. Chronic Fatigue was starting to be thrown around but the GP wasn’t willing to diagnose me with it. On the flip side, according to my endo, my thyroid was working nicely now on the medication prescribed. So what could be going on??

By the fall of 2012, I was exhausted. But I was getting married in November, I was chair of a department of about 40 people, I was sponsoring clubs, etc. I just figured it was all par for the course. Oh, and I trusted my two doctors, the GP and the endo. Yet, on the 6th diagnosis of “reactiviated mono” in October of 2012 and just a few weeks before the wedding, I’d had enough. I pushed my GP on the WHY was I continuing to experience Mono??? I wondered also WHY she wasn’t more concerned? At this point, I figured my immune system was not doing a good job, but WHY not?

She finally and not very willingly, referred me to an Infectious Disease doctor. My appointment was not until January 2013. But that’s another post, my friends!

Conclusion: my first doctor, my GP, did not help me get to the root of my issues.

I hope your weekend was a calm and joyful one. -B 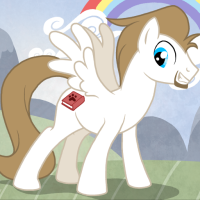 More of a shuffle, really

My journey through Lyme disease

Home of the curious writer; changing the world one book at a time

My fight against Lyme Disease

My personal battle with late-stage Lyme Disease and what I'm learning along the way!

A Health and Wellness Blog for Spoonies with EDS, MCAS, ME/CFS, Fibromyalgia, Dysautonomia, Autism, Gastroparesis and other Chronic Illnesses.