Posted on December 2, 2017 by Read Between the Lyme

I’ve got the Holiday, er, I mean Christmas, I mean Holiday tunes on right now. They’ve been on for hours now. I was really hoping it would cheer me up and make me happy but I guess it isn’t that easy. For this past few days I’ve been feeling out of sorts. I’m pretty sure I know why but i just don’t like to admit it.

It could be all the mess going on in our govenrment right now. I can’t seem to find a balance between apathetic and activist. At least in my brain. There is so much to try to process, so much that is wrong, so much just plain meaness, racism, etc., it’s overwhelming. I keep taking off the Twitter app on my phone, then readding it. On, off, on, off. I try to keep up with the news, but again, it feels like we are getting bombarded from all sides with just MESS. That may in fact be the strategy. To silence people through deliberate chaos. Who knows. But it’s all been demoralizing. For a year now….no, longer.

It could be that we’re in between holidays right now and close to the first day of Winter. Don’t get me wrong, I like the holidays, especially all of the time off to enjoy, and Thanksgiving this year was awesome. But it’s dark when I leave for work and by the time I get home, the shadows are beginning to close in. Living here in Southeast Texas we certainly aren;t starved for sunshine, but I think the short days are affecting me.

And of course there was the rash on my face. It’s clearing up now but it’s just a constant reminder that Lyme is still around. It has more power that I want to give it credit for, and I don’t like the lack of control. You would think after so many years of this shadow companion I would be more accepting and humble. Well, not so much.

And on that note, Lyme disease is the bottom line instigator of this feeling-out-of-sorts mood. I’ve been reminded by the rash, by the increasing joint pain, by the headaches and periodic nausea that indeed it is an illusion to think that I’m a regular person. “Ha ha” laughs Lyme right in my face. HA HA! And while I am grateful that I have had a couple weeks where I only had to deal with Lyme symptoms minimally (they never go away comepletely), I still don’t appreciate the false feeling of “being better.” I get it, but I don’t have to like it.

I’m trying really hard today to shift my focus and not dwell on the fact that I’ve been sick for all of my 40s. That I’ve been treating for 5 years, that I’m still testing positive for this damn disease, that I am still SICK. That the medical community seems clueless in the face of this epidemic and that so many are suffering. That I feel sick today, like a hangover but I haven’t had a drink in months. I could go on but I’m sure you are over my whining by now! Thanks for humoring me! 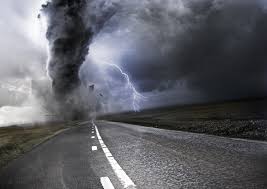 I think I am going to do my best today to put the Holiday back into Happy Holidays. Wish me luck, friends. The road is a hard going and a dark one right now.

Hoping your day is one full of joy.